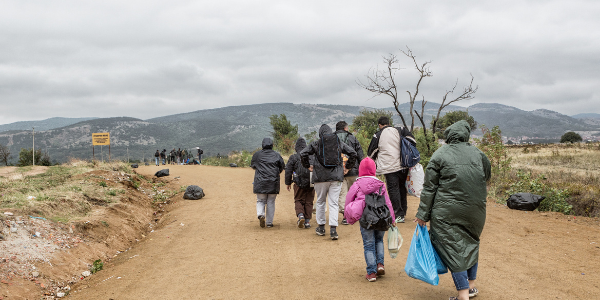 The persistent advocacy of Australia’s Afghan diaspora and many community supporters has paid off, with 16,500 additional places set aside for refugees from Afghanistan in the 2022 Federal Budget.

Earlier this month, community organisations representing former refugees from Myanmar, Afghanistan, Iraq, Syria, Ethiopia, South Sudan and Congo joined Refugee Council of Australia (RCOA) and other NGOs in an open letter calling for 20,000 additional visas for Afghan refugees and an increase in the annual humanitarian program to 20,000 places.

The Australian Government’s 2022 Budget includes a mixture of increased allocations and cuts to spending on refugee-related programs, with the biggest new commitment being $665.9 million over four years for 16,500 additional refugee places.

The Budget includes cuts in allocations to settlement services, Australian Human Rights Commission and the Office of the Commonwealth Ombudsman and modest increases in funding for torture and trauma services and overseas aid.

The places, offered to 150 refugees each year for three years, will make a life-changing difference to people who have endured nine years in our offshore system – much of that time in locked detention.

While the agreement does not apply to the 104 people left in Papua New Guinea abandoned by the Australian Government in December, UNHCR has brokered a separate arrangement with the NZ and PNG governments.

Protection for people from Ukraine welcomed

RCOA has welcomed the Federal Government’s announcement of temporary humanitarian visas for people arriving from Ukraine.

Providing protection for Ukrainians in the short term, while they hold out hope of a safe return, sets a positive precedent for other situations when people seek refuge in Australia.

Concerns are maintained, however, for the loss of more than 28,000 humanitarian visas from Australia’s Refugee and Humanitarian Program over the past two years, leaving us unprepared to respond to those who need permanent protection – including refugees from Afghanistan.

The RCOA bi-annual newsletter is now available on our website, providing the latest updates on our work on a broad range of issues.

Articles include a call for action on Afghanistan as the crisis worsens, advocating for humane policies in an election year, and electing Jasmina Bajraktarevic-Hayward, a former refugee, to lead RCOA as Board President.

A campaign update for Operation #NotForgotten, and the $1 million raised by RCOA supporters and members, is also featured.

Displacement was the central focus of the first of our new Refugee Alternatives webinars earlier this month, where panellists explored situations for people on the ground, shared expert analysis, and empowered people to act.

The panelists also explored the connections to Australia and what Australia can do in relation to these conflicts and mass displacement, including increasing our Refugee and Humanitarian Program.

Increase your reach and embrace diversity through Refugee Week 2022!

Be part of a global movement and show your valued customers, your staff and the Australian communities you serve how much you care about creating harmonious, inclusive and culturally enriched communities in your back yard to help build a greater Australia for all.

Can you volunteer to help newly arrived refugees?

Join Deena Yako and Samah Shda from our Face-to-Face team for an interactive discussion to learn more about refugees and their experiences in coming to Australia.

Join the Palm Sunday Walk for Refugees in your capital city.

Details can be found here.

Join our movement for refugee rights

Please enter another email address. This email is associated with an organisation in our system, and can't be used for this action. If you think this is a mistake, please email us at [email protected]